Louisiana Office of Motor Vehicle Commissioner Karen G. St. Germain was appointed by Governor John Bel Edwards in January of 2016 to head one of the most vital of state agencies. Her mission and directive is to continue her commitment to public service and to make the Office more efficient and responsive to the citizens of Louisiana. She was first elected to the Louisiana House of Representatives in 2003 and served the constituents in District 60 through 2016. Representative St. Germain served as the Chairwoman for the House Transportation, Highways, and Public Works Committee. 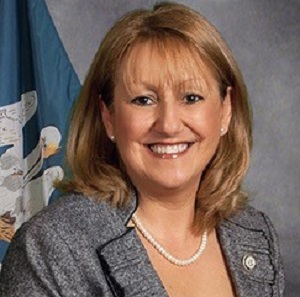