Joe Hoage serves as Commissioner for the Indiana Bureau of Motor Vehicles. Hoage brings experience from across state government and is excited to drive forward initiatives and projects that have helped the Indiana BMV earn its position as one of the most innovative motor vehicle agencies in the nation.

Joe earned his law degree from Valparaiso University School of Law in 2006 and his bachelor’s degree from Franklin College in 1997. He resides in Indianapolis with his wife and sons. 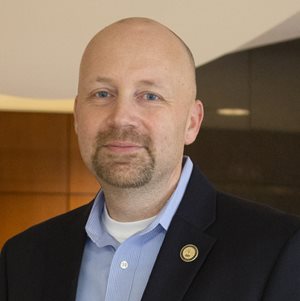