Melissa Gillett was appointed director of the Motor Vehicle Division in June 2017. She started her career with the Iowa DOT in 2010, first as a records administrative assistant working out of the Ankeny Driver & Identification Service Center, and then as a member of the Motor Vehicle Division’s management team, serving as the division’s communications and policy officer, where she led the development of web-based services, internal and external communications, and administrative rule and legislative proposals.

Before joining the Iowa DOT, Melissa obtained a BA in Political Communication from the University of Northern Iowa, with a minor in Spanish, and a masters of Public Administration from Drake University. She also served as a legislative clerk for the Iowa House of Representatives while in college, and before joining the Iowa DOT worked for the U.S. Department of Homeland Security/Federal Emergency Management Association, providing key guidance and oversight for disaster recovery public assistance. 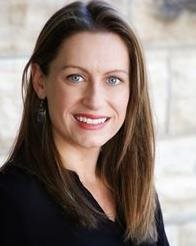