Chief Batiste began his career with the Washington State Patrol in March 1976. He has been promoted through the ranks of sergeant, lieutenant, captain, and deputy chief. Chief Batiste obtained his Bachelor’s Degree in Law Enforcement Administration from City University and is a graduate of Northwestern University’s Center for Public Safety School and Police Staff and Command, as well as a graduate of the Federal Bureau of Investigation’s National Executive Institute. 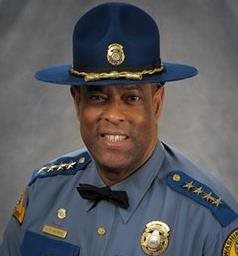