Kristen Shea is Senior Programs Analyst for Member Services and Public Affairs with AAMVA. Prior to joining AAMVA, she served as Special Assistant to Board Member Earl F. Weener at the NTSB. During her four years at NTSB, Kristen was senior advisor to Member Weener, providing policy guidance and operating as a liaison between Dr. Weener and the 400 NTSB staff members. Before coming to the NTSB in 2015, Kristen worked as a Senior Attorney for the National District Attorneys Association’s National Traffic Law Center for six years. Her position was grant funded by the Federal Motor Carrier Safety Administration. FMCSA awarded the grant to NTLC in order to develop and produce resource materials addressing commercial driver licensing and other commercial vehicle issues common to the criminal justice system. In 2010, Kristen co-authored a monograph entitled “Commercial Drivers Licenses: A Prosecutor’s Guide to the Basics of Commercial Motor Vehicle Licensing and Violations.” At NTLC, she assisted judges, prosecutors, court staff, and law enforcement with inquiries regarding traffic law and provided local, state, and national training.

Kristen came to NDAA by way of the Tennessee Governor’s Highway Safety Office where she worked as a program manager for the multiple grants, providing support and oversight for programmatic and financial activities. Prior to her work in program management, she served as a prosecuting attorney for 10 years with the majority of her time spent litigating cases as an Assistant District Attorney in Nashville, Tennessee. During the last several years of her time as a prosecutor, she worked as the team leader of the Vehicular Crimes Unit, specializing in traffic-related criminal offenses ranging from impaired driving to vehicular homicide. She earned her law degree from the of and her undergraduate degree at in . 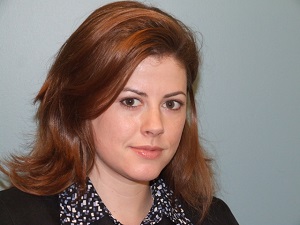