This is awarded one per each region and among those, an international winner is selected.

Each agency may submit only ONE entry.

Division and Category 7D (Use of Social Media) 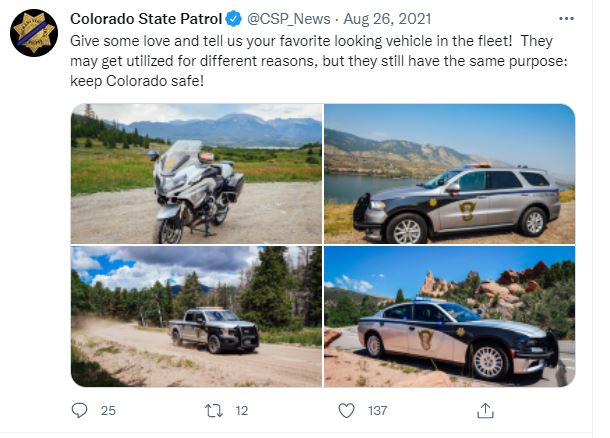 The Colorado State Patrol (CSP) was beginning the five-year process of phasing out the Dodge Charger and introducing the Dodge Durango as its primary vehicle. Despite a press release, the public was still not aware of this change and the Patrol was receiving steady feedback that people were unaware that those were now official vehicles. To increase awareness, the CSP decided to create a series of three social posts, with the final post being an interactive social post to build awareness with the public on the new Dodge Durango. These social posts appeared on three social platforms: Twitter, Facebook, and Instagram. The final post encouraged people to talk about their favorite CSP vehicle among two specialty and two primary vehicle types. The total reach of the three posts were 365,548 and total engagement was 27,418. 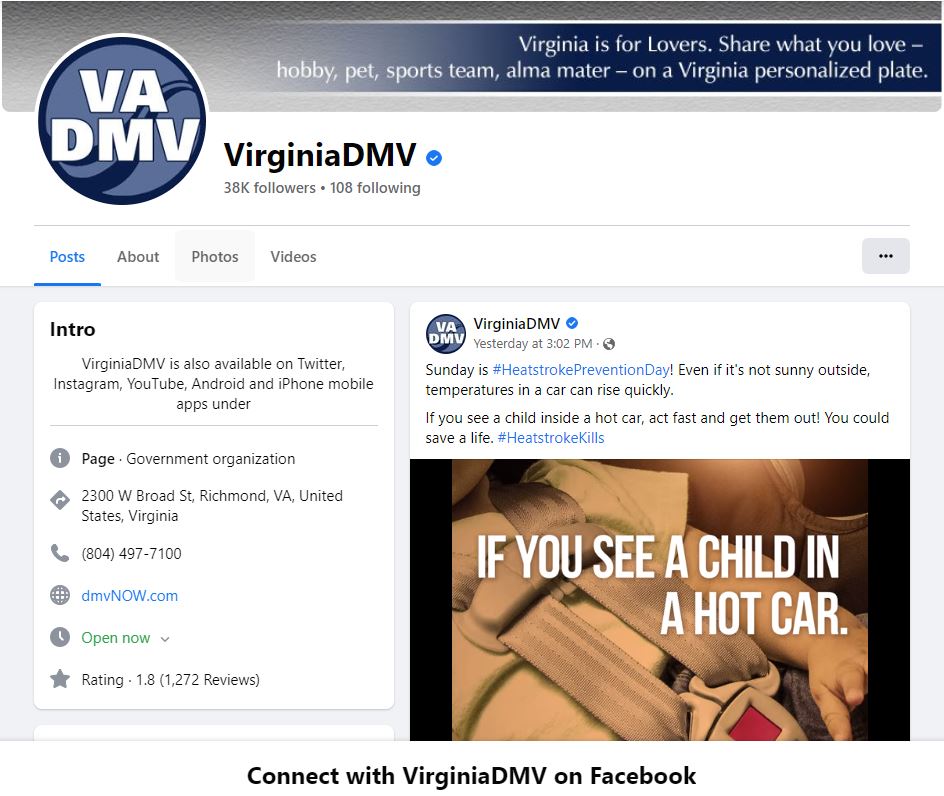 Use of Social Media for Customer Service

Since 2013, Virginia DMV has used social media to inform and engage its customers, provide agency updates, and offer customer service. During its first seven years on social media, the DMV amassed a combined following of 19,965 people. When the coronavirus pandemic forced the DMV to close its 75 offices in March 2020 and phone lines became overwhelmed, the DMV’s social media following jumped to 33,498 by September 2020. The role of social media expanded almost overnight to become a major hub for DMV customer service, effectively connecting thousands each month to resources they needed to conduct business under continuing pandemic conditions. Over the past 13 months, word spread that DMV was now assisting customers with specific, nuanced issues over social media, and DMV’s following skyrocketed to 53,297 followers.

See How Your Jurisdiction Compares

Network and Connect with AAMVA Members

Support AAMVA and Grow Your Business

Learn the Benefits of Membership for Law Enforcement